Continuing our Thoughts and Memories series, we learnt a little about Ernest ‘Ernie’ Menadue who is a resident at The Terraces on the Gold Coast. Ernie’s daughter Lyn is very proud of her father and took the time to share some of his life story with us….

Ernie was born in 1926 in Brisbane. He went to Milton State School then State Commercial High School. His first job was at J. Kitchen & Sons until he volunteered to join the Royal Australian Air Force and trained in Adelaide and was posted to Amberley where he was Corporal in charge of aircraft parts. After the war Ernie went back to J. Kitchen & Sons.

Ernie met and married Gloria Hansen in 1947 and one year later they moved to Stafford in Brisbane where they lived happily and had twin boys, Ernest and Allan, and later, their daughter Lynette. Eventually, the whole family decided to move from Stafford and settle at The Gap. Ernie loved it there and put a lot of work into the home and garden. 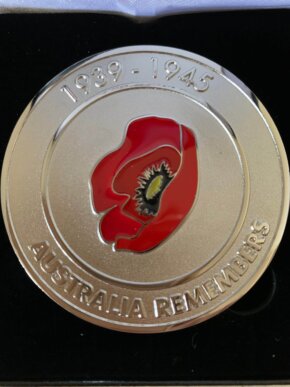 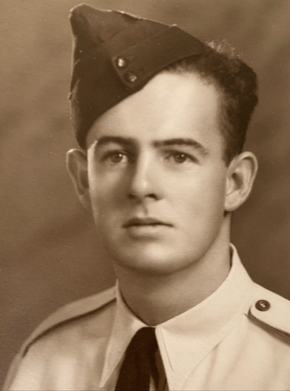 Ernie retired from TAA in 1982 after 35 years of service but rejoined Tara Holiday Village as Director and was appointed Director of Whitsunday 100 Tourist Resort. He also continued as Director of CPS Credit Union for another ten years.

Ernie and Gloria moved to the Gold Coast in 1983. They enjoyed their time there until Gloria sadly passed away in 1987 and Ernie moved back to Brisbane.

Ernie reconnected with his childhood friend, Ailsa Dryden, who had lost her husband a couple of years earlier. They married in 1989 and bought a house at Middle Park before moving into Aveo Retirement Village at Albany Creek in 2000 Ailsa eventually went into residential care and Ernie stayed on at Aveo until he turned 90. Later that year he moved to The Terraces, McKenzie’s Gold Coast home in Varsity Lakes.

Ernie has turned his hand to many hobbies and interests over the years, including fretwork, drawing, woolen mat making, leatherwork, cross stitch, tapestries, and woodwork projects using a lathe to make bowls and vases and hand carved picture frames. He has practiced reiki and holds two certificates. In 2019, Ernie had his life story published in an autobiography titled “The Life of Ernest Allan Menadue”.

Ernie has ten grandchildren and, at the last count, eighteen great grandchildren – “Ernie has always given his family and friends the benefit of his wisdom and kindness and he is a great bloke”, said his daughter Lyn, who shared his story with us.